28 October 2021. BBC: A sculpture was handed back to Nigeria by the University of Aberdeen on Thursday after its “extremely immoral” acquisition.

The “priceless” bronze is described as having been looted by British soldiers in Benin City in 1897.

Depicting an Oba (king) of Benin, it was acquired by the university in 1957 at an auction.

The university approved repatriation in March, and a handover ceremony took place on Thursday evening.

Thousands of sculptures and carvings were removed during the destruction of Benin City in present-day Nigeria.

Many ended up being sold to museums or private collectors.

A panel unanimously recommended its return to Nigeria, and the university’s governing body supported the move.

A delegation has travelled to Aberdeen to officially receive the sculpture. 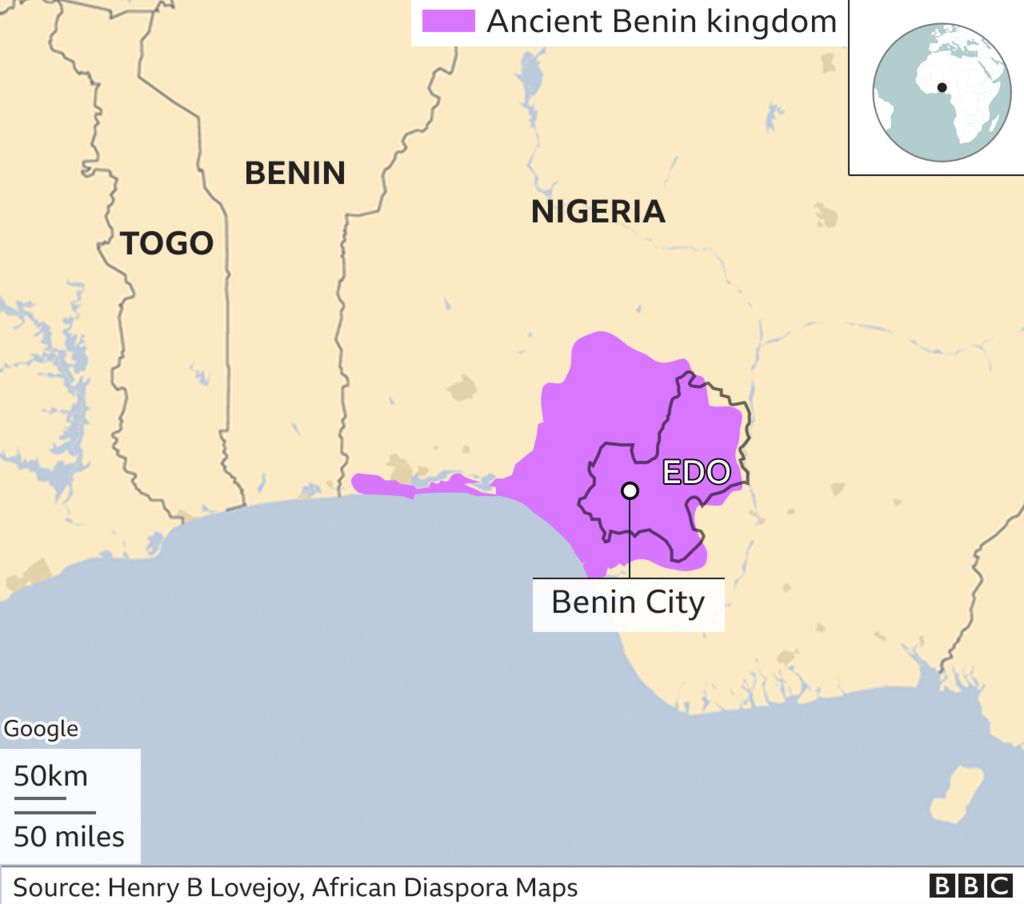 His Royal Majesty, Oba of Benin, Omo N’Oba N’Edo Uku Akpolokpolo Ewuare II, said: “Much has been said about the significance of heritage art and, in spite of the occasional attempts in some quarters to downplay their cultural and religious relevance, these works are often imbued with the spirit of the people from whom they were taken.

“We thank the University of Aberdeen for this noble act of returning our bronze work.

“We hope that other institutions worldwide will see the injustice when they insist on holding on to items which in fact should be a reminder to them of the great injustice that was inflicted on a people so far away and so long ago.” 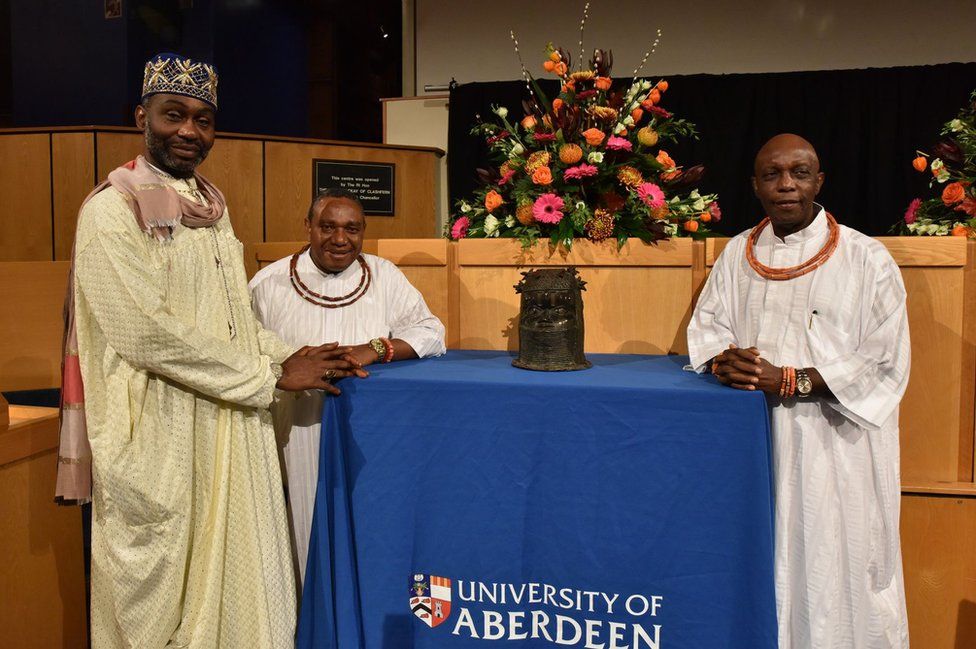 Prince Isa Bayero, a Prince of the Kano Emirates; Chief Charles Uwensuyi-Edosomwan, the Obasuyi of Benin; and Prince Aghatise Erediauwa, the younger brother of the current Benin monarch at the handover ceremony (Photo credit to University of Aberdeen)

Benin bronzes have become “important symbols of injustice” over the last 40 years, according to Prof George Boyne, the university’s principal and vice-chancellor.

“It would not have been right to have retained an item of such great cultural significance that was acquired in such reprehensible circumstances”, he said.

Prof Boyne added that the university had taken a proactive approach to return the bronze.

Neil Curtis, head of museums and special collections for the university, said a review of the collections identified the Head of an Oba as having been acquired in a way now consider to have been “extremely immoral”.