Unic Press UK: United States vice president, Mike Pence, says that he would NOT use the 25th Amendment against President Donald Trump despite mounting pressure from the lawmakers’, particularly the Democratic-run House of Representatives.

In a letter to the House speaker Nancy Pelosi, the vice president Mike Pence said that the House clamouring for “the Cabinet and I to invoke the 25th Amendment” to impeach the president is not in the best interest of the Nation or consistent with the Constitution. 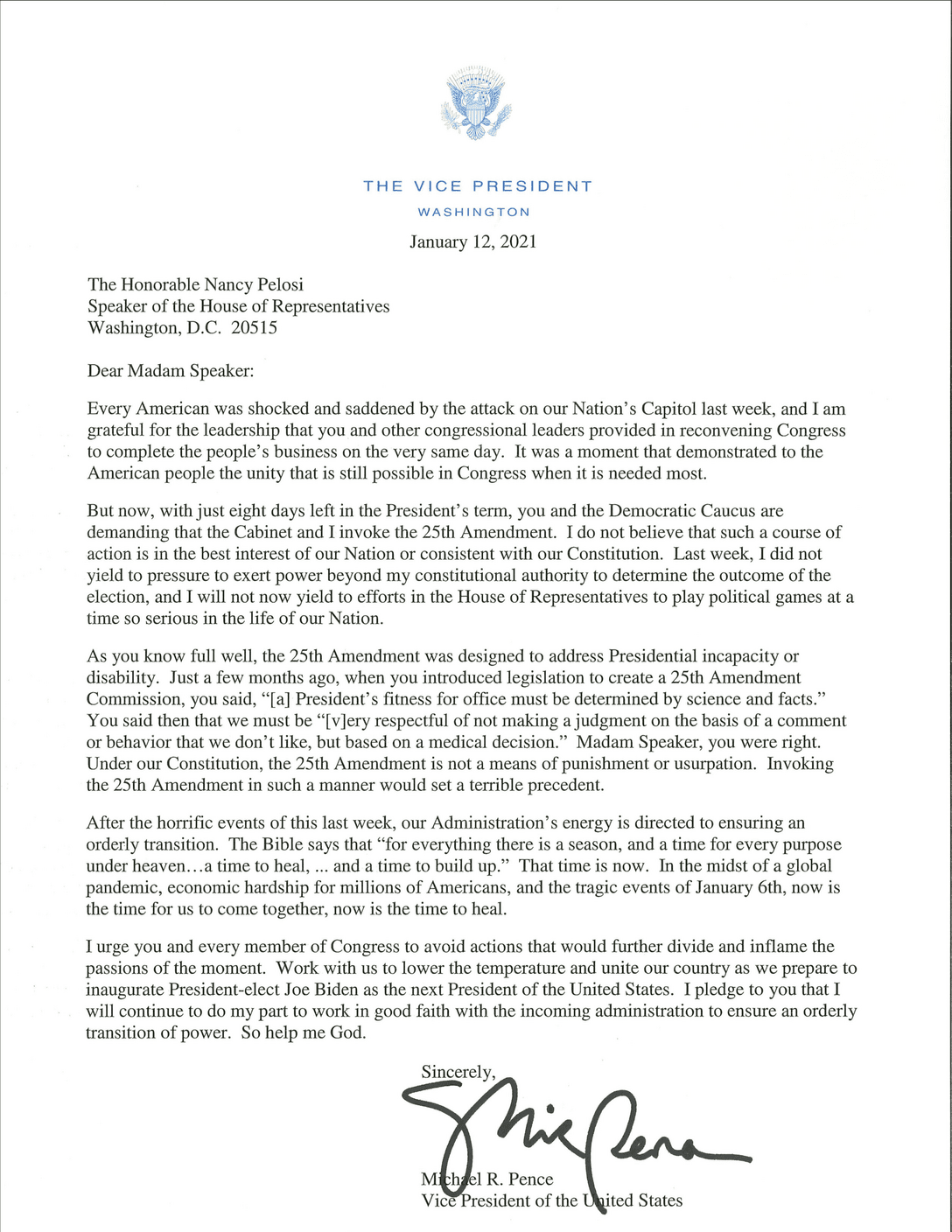