U.S. Courts: The U.S. Constitution is the supreme law of the land in the United States.

It creates a federal system of government in which power is shared between the federal government and the state governments.

Due to federalism, both the federal government and each of the state governments have their own court systems. Discover the differences in structure, judicial selection, and cases heard in both systems. 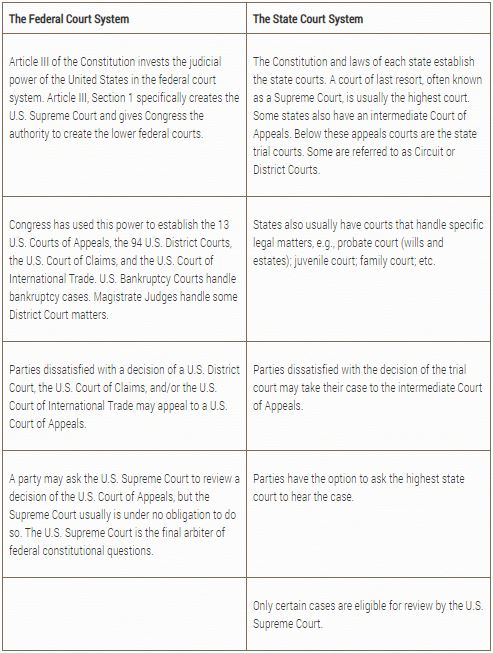 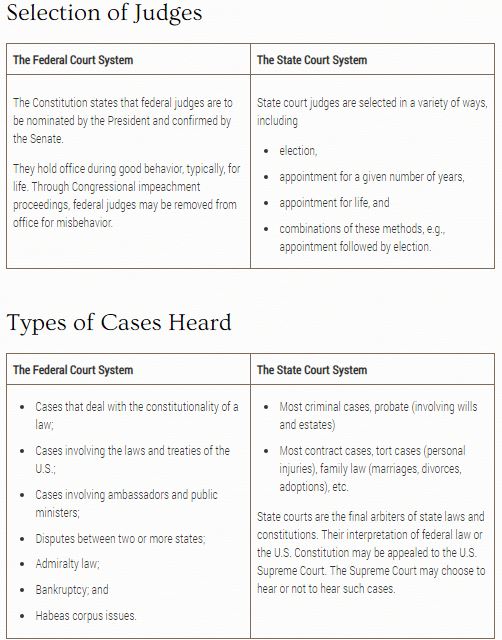