8 July 2020. BBC: Chancellor Rishi Sunak is to cut VAT on hospitality as part of a £30bn plan to prevent mass unemployment as the economy is hit by coronavirus.

The government will also pay firms a £1,000 bonus for every staff member kept on for three months when the furlough scheme ends in October.

And Mr Sunak announced a scheme to give 50% off to people dining out in August.

The chancellor warned “hardship lies ahead”, but vowed no-one will be left “without hope”, in a statement to MPs.

He told MPs he will cut VAT on food, accommodation and attractions from 20% to 5% from next Wednesday.

It came as the latest death toll for coronavirus, in all settings, increased by 126 to 44,517.

Labour said the chancellor’s plans did not go far enough and the job retention money should be better targeted to prevent it going to firms that were already planning to bring staff back.

“We were promised a ‘New Deal’, but what we got was a ‘Meal Deal’,” the party added.

Mr Sunak rejected calls to extend the furlough scheme beyond October, saying it would give people “false hope” that they will have a job to return to, and “the longer people are on furlough, the more likely it is their skills could fade”.

He conceded that jobs would be lost but said he would “never accept unemployment as an inevitable outcome” of the pandemic.

Details of how the package will be paid for – through borrowing and possible tax rises – are likely to be unveiled in the chancellor’s Autumn Budget.

“Over the medium-term, we must, and we will, put our public finances back on a sustainable footing,” he told MPs, adding that the jobs plan was merely the next stage “in our fight to recover and rebuild after coronavirus”.

The “job retention bonus” could cost as much as £9.4bn if every furloughed worker is brought back.

Explaining how it will work, the chancellor said: “If you’re an employer and you bring back someone who was furloughed – and continuously employ them through to January – we’ll pay you a £1,000 bonus per employee.

“It’s vital people aren’t just returning for the sake of it – they need to be doing decent work.

“So for businesses to get the bonus, the employee must be paid at least £520 on average, in each month from November to the end of January – the equivalent of the lower earnings limit in National Insurance.”

The VAT cut will apply to eat-in or hot takeaway food and non-alcoholic drinks from restaurants, cafes and pubs, accommodation in hotels, B&Bs, campsites and caravan sites, and attractions like cinemas, theme parks and zoos.

Rishi Sunak said this “£4bn catalyst” would help protect “over 2.4 million jobs”. The Treasury said it hoped firms would pass the VAT savings on to customers but many had been without income for months so it would be their decision.

Mr Sunak also announced an “Eat Out to Help Out” discount, which he said would help protect 1.8 million jobs, at a cost of £0.5bn.

Meals eaten at any participating business, Monday to Wednesday, will be 50% off in August, up to a maximum discount of £10 per head for everyone, including children.

Businesses will need to register, and can do so through a website, which will open next Monday.

Asked if the voucher scheme would work, he said: “I think a lot of people are still frightened and so every inducement that can be brought to bear to encourage people to get back to their habits of eating and spending and working is good news.”

The fund will subsidise six-month work placements for people on Universal Credit aged between 16 and 24, who are at risk of long-term unemployment.

A temporary stamp duty holiday, costing £3.8bn, to stimulate the property market was another measure unveiled by the chancellor.

This will exempt the first £500,000 of all property sales from the tax, from midnight.

A few other pledges released in the build-up to his statement included:

She said job support should be better targeted to help struggling sectors. 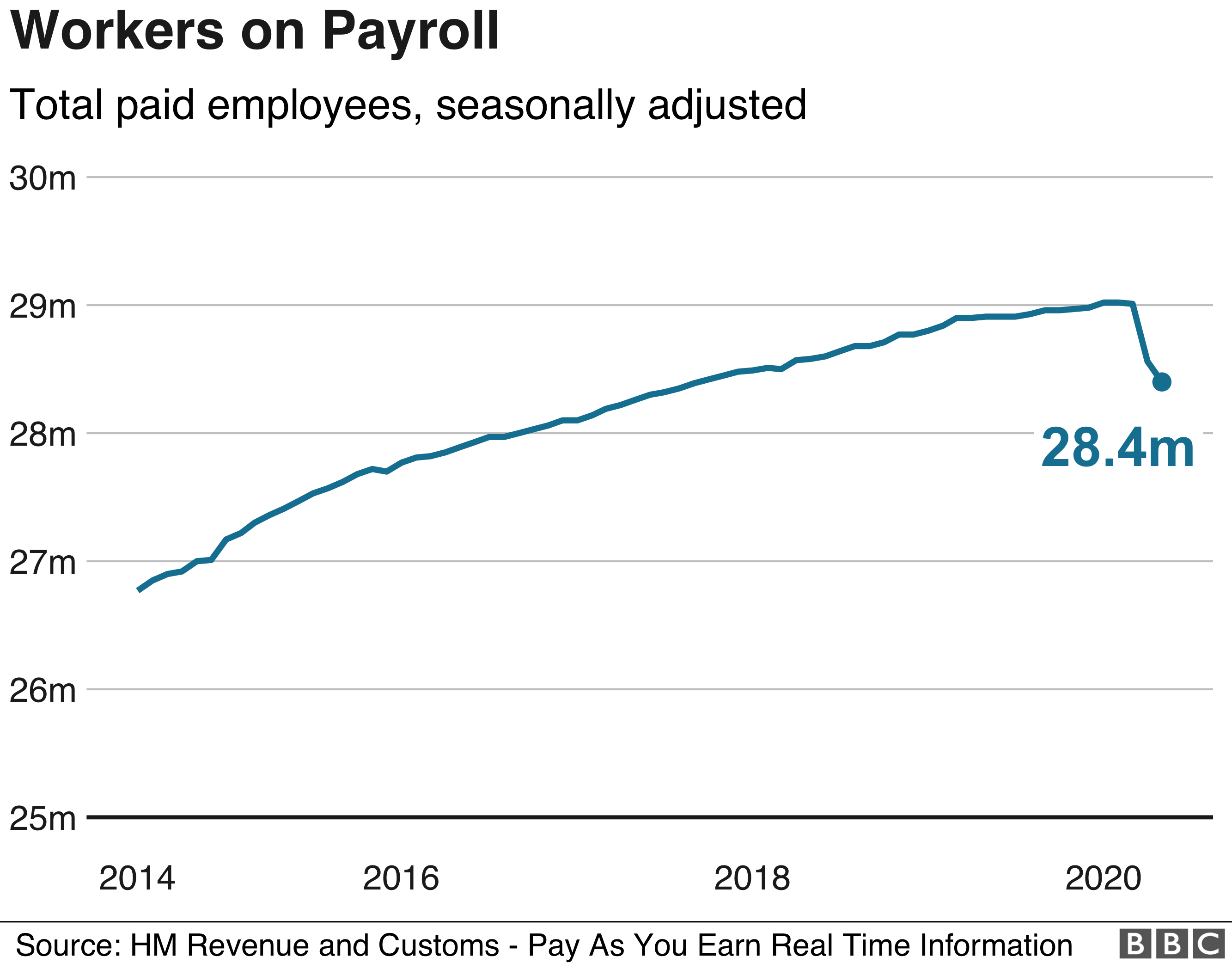 Some 9.3 million workers are having 80% of their salaries paid for by the government – up to £2,500 a month – under the furlough scheme, which was originally due to end in July, before being extended to October, with employer contributions.

From August, employers must pay National Insurance and pension contributions, then 10% of pay from September, rising to 20% in October. 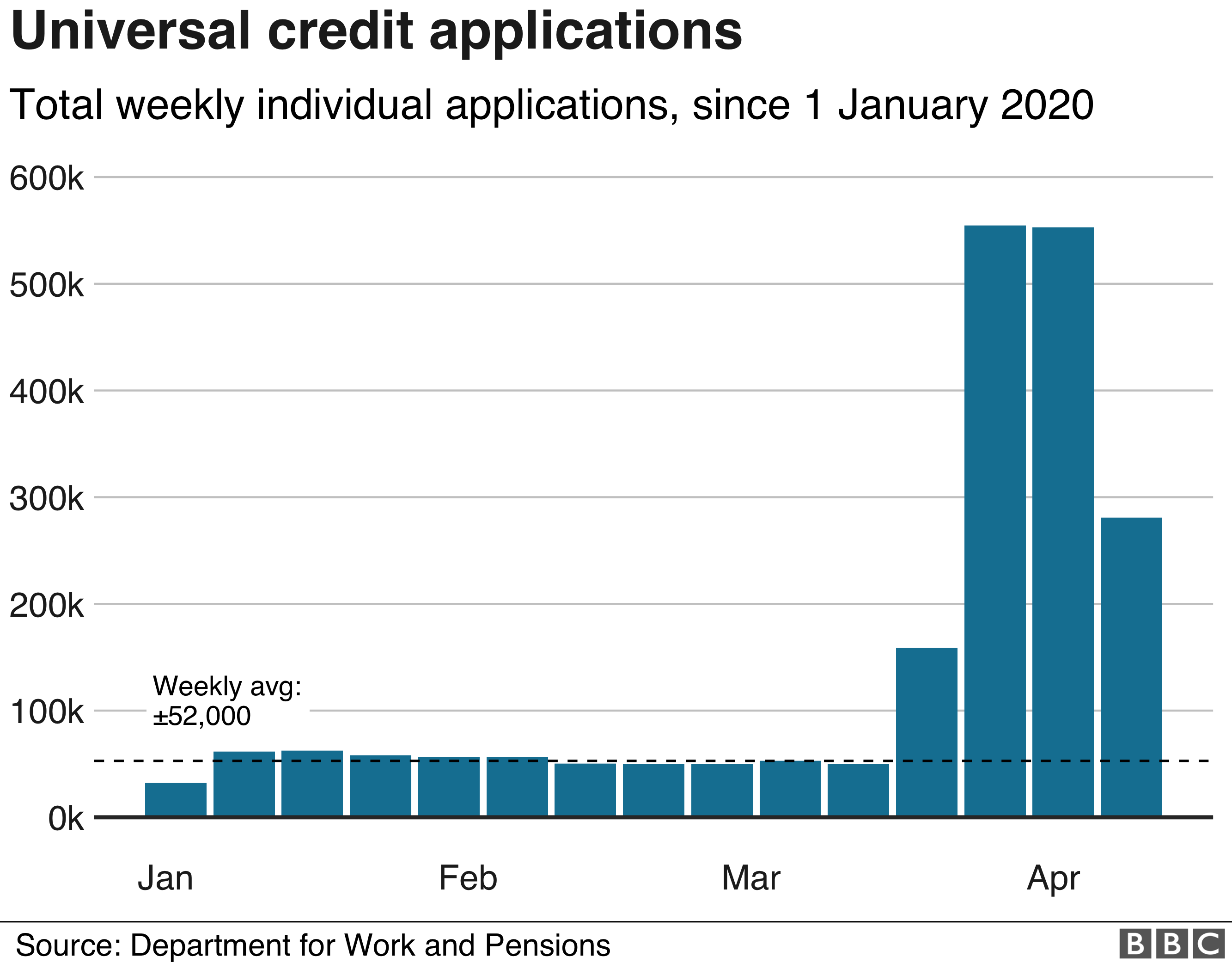 Mike Cherry, chairman of the Federation of Small Businesses, said the newly self-employed and company directors had “once again been overlooked”.

The National Institute of Economic and Social Research warned that the chancellor’s “badly timed” measures “could trigger a rapid rise in unemployment”.

The think tank said he was ending the furlough scheme too early and the bonuses for employers to bring staff back “look too small to be effective”.